SentiSearch’s mission is to fully exploit its exclusive license to certain neurobiology technology granted to the company by Columbia University and the company’s own patented portfolio.

Established in 2006, Sentisearch, Inc. holds certain olfaction intellectual property assets primarily consisting of an exclusive worldwide license issued by the Trustees of Columbia University in the City of New York, as well as certain of its own patents and patent applications.  These patents and patent applications are based on the work of Nobel Prize winner Dr. Richard Axel and his team, who have uniquely enabled the precise targeting and manipulation of insect olfactory systems.

The company intends to develop and market, through its unique olfaction intellectual property and its applications and its research collaboration arrangements, significantly more effective and less toxic insecticides — with potentially major impact for insect-borne disease control, as well as the insect repellent and agricultural crop protection marketplaces.

SentiSearch.com provides an informational base for potential partners and investors. Care was taken to ensure vital information was presented in a clear an consise manner using simple colours and striking graphical elements. 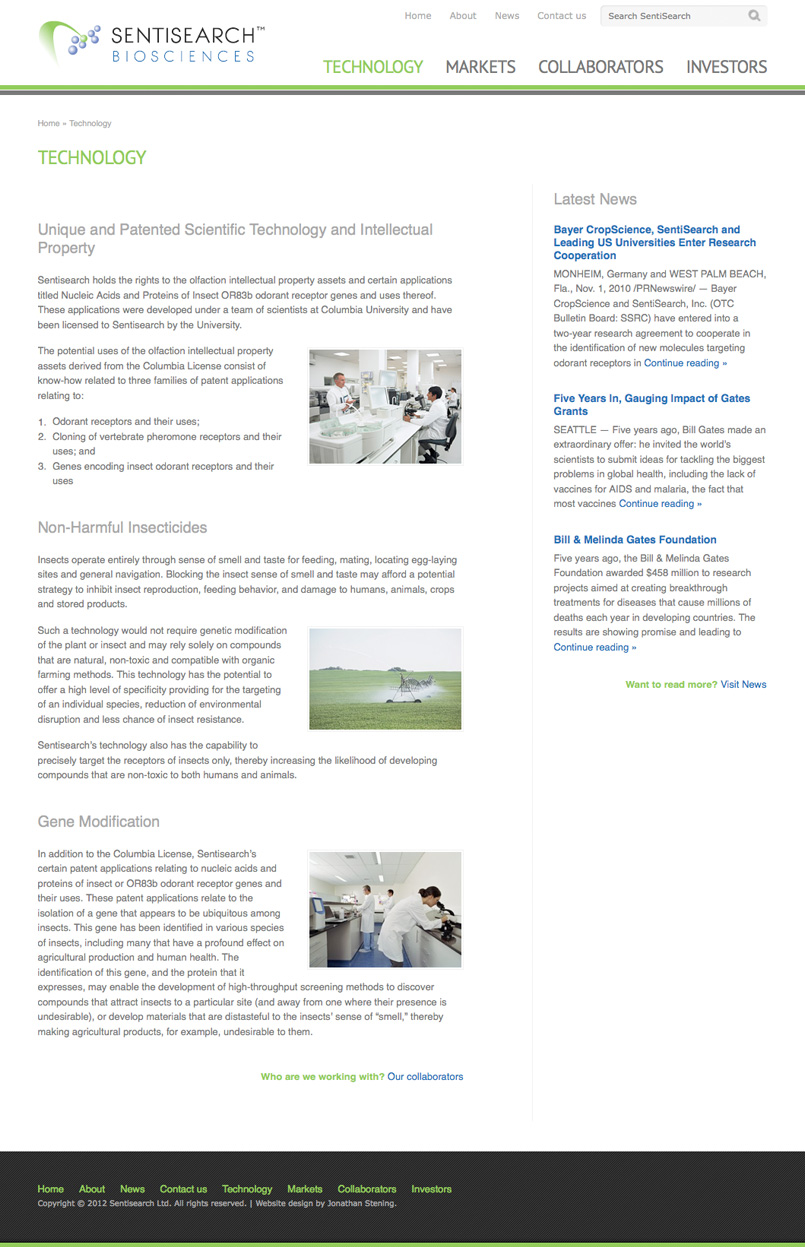 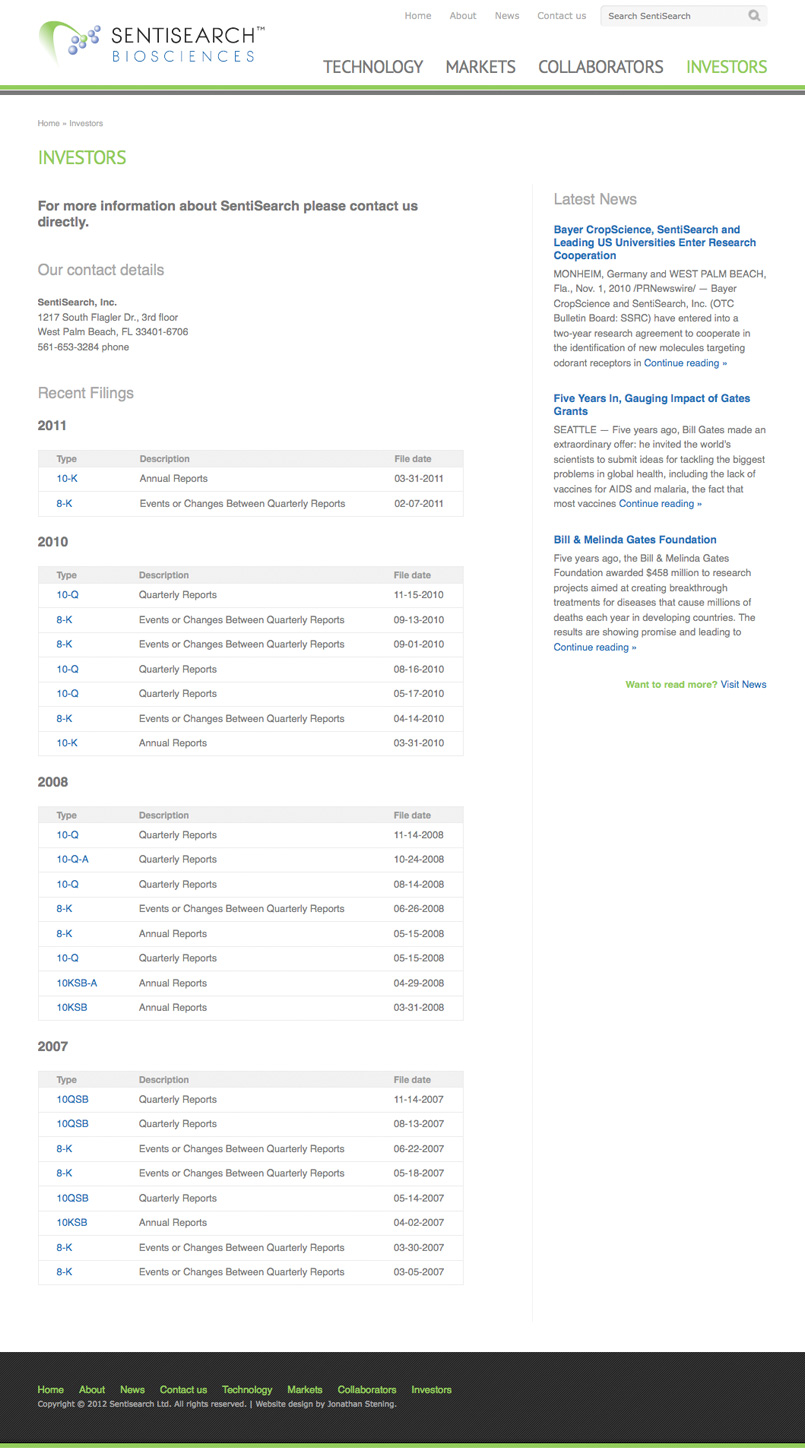